What Types Of Vehicles Can Be Purchased At Auction?

Virtually any vehicle can be bought at a US government auction. Passenger cars are the most commonly sold, but SUVs, hybrid cars, pickup trucks, RVs, boats, motorcycles, classic cars, and heavy trucks are all auctioned off across the US on a weekly basis.

Where Are Auction Vehicles Sourced From?

The list below shows the many and varied sources of vehicles that are auctioned off across the US each year. This provides excellent opportunities for buyers to purchase cheap cars and vehicles.

US government agencies are continually replacing and disposing of their vehicles. Most vehicles sold at Government auctions are no more than 3 years old and almost always come with documented maintenance history and have low mileage. Holding onto surplus vehicles that are no longer required by the US Government is expensive so they send them to auction to achieve a quick sale and to limit holding costs.

If a vehicle was purchased under a Federal or State government contract then it is eligible to be sold at a government auction. Government sources of vehicles include:

Vehicles that have come off lease (when the lease terms finishes and returned to the financier/financial institution) are generally unloaded at public auctions. Due to the large volume of these off-lease vehicles, auctions provide the most effective manner to quickly sell off these vehicles. Most vehicles with expired leases are only 2-3 years old and, due to penalties for excessive use by lessees, they often have relatively low mileage. Furthermore, when vehicles are less than 3 years old then they will generally still have some factory warranty remaining.

Every year across the US thousands and thousands of vehicles are repossessed by:

There are many classic car clubs and collector car auctions held around the US which classic car enthusiasts eagerly attend. Rare, individual and stylish vehicles are found at classic car auctions. Such unique cars are offered for sale at auction and it is often difficult to source such vehicles by other means.

Dealers with vehicles that have been traded-in by customers for newer cars are sold at car auctions when dealers need to clear stock. Trade-ins are often sold because they are older models or slow to sell at dealerships, but these can by great bargains by bidders as dealers are wanting to dispose of them quickly.

Vehicles damaged in accidents, floods, storms, fire and the like are put up for auction as salvage vehicles by insurance companies. Vehicles recovered from a theft situation may also be sold as salvage. Sellers of salvage vehicles must, by law, disclose any major mechanical or structural faults at auction. Typically body shops, auto recyclers, and/or dealers who then fix them up or strip them for good parts buy salvage vehicles at auction as well as informed public bidders. Late model vehicles with some factory warranty remaining can often be found at these auctions. Sale of government or police vehicles can also come under this category.

The volume of vehicles replaced each year by rental car companies is astounding. Rental companies replace their fleet yearly which sends a very large stream of late model vehicles to auction. Rental companies rely on auto auctions to quickly sell these vehicles and the cars are generally well maintained. While ex-rental vehicles are usually base models, they provide an attractive means for buyers to secure newer model cars at cheap prices. 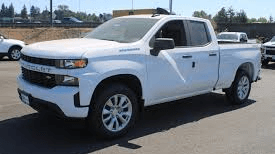 Used my membership for the second time to buy this car which saved me a lot! 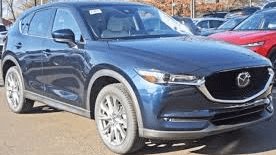 Thank you for all the helpful info to find my new car. Very happy!

I am really happy with my new car and the deal I got. Thanks. 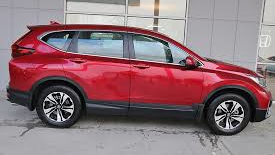 Thanks for the confidence to bid. Great site!!