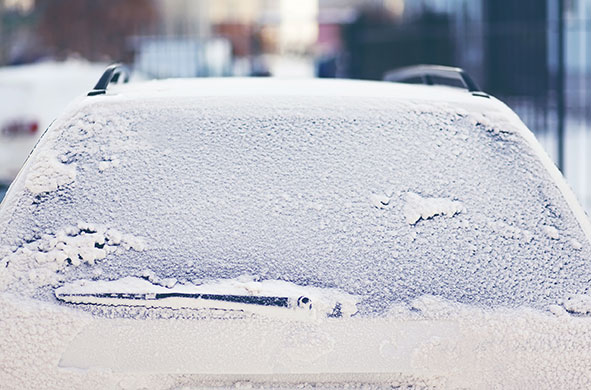 As those chilly winter months hit, you’ll need to start taking steps to ensure your automobile’s safety. During winter, it’s no longer a question of having enough gas in the tank and the keys in the ignition; you’ll have to deal with frost, and the wear and tear it can put upon an engine in both the short term (i.e: starting it up) and the long term.

During the winter cars take longer to start up, wear out more quickly, and have a much bigger chance of failing when you really need them, but following a few tips and tricks can make a big difference. Let’s go over a couple that’ll extend the life of your vehicle and ultimately save you a lot of money in repairs and maintenance costs.

1. Be prepared with an emergency kit

No matter how much care you put into your car, eventually - and especially during a harsh winter - things go wrong. The absolute last thing that you want is to be stranded out in the middle of a long highway in the cold, waiting for an overbooked servicer to come along.

To that end, you should always have a few essentials stored away in the glovebox or boot of the car for any minor maintenance issues you might encounter. It won’t cost you much money, but could save you a lot of time and money later on through paying somebody to trudge through the snow and do it for you. A good emergency kit includes:

This is by no means an exhaustive list, but it includes the main essentials that you’ll need. Feel free to add to it, but try not to subtract from it.

2. Wrap up your mirrors

Plastic baggies over the mirrors of your car can prevent frost from building up overnight. Using a larger bag, such as a garbage can liner, means that you can simply slip off the bag and not worry about painstakingly scraping each surface free of ice.

If it’s really cold out, you can also do the same with your windshield wipers to stop them from freezing to the front windshield.

If it’s even colder, or you really don’t have the time in the mornings to scrape around before the dash to work, simply throw a tarp over the front windshield so that it covers all three.

One of the biggest struggles in winter can be simply getting the car to turn on.

To optimally start a car in a cold patch, you should hold down the ignition for about 8 seconds to check if it catches. If it doesn’t at all, try again in about two minutes. Giving a pause in between attempts prevents the engine from overheating and gives some time for it to warm up in general.

One important tip is to never attempt a jump-start of any car battery without housing it in a warm place for a while, as the shock may cause it to break or even explode (remember also not to warm a car in a purely enclosed space, which can be dangerous and impact the longevity of a car).

This means that if you’re stuck, late for an appointment, and your car won’t start in the cold, it’s probably better to seek alternate methods of transportation rather than risk injury to yourself and your property. Take a cab, don’t risk it.

You’re much, much more likely to experience a problem in your gas line if you don’t keep a full tank of gas as much as possible. Try to keep it at least two-thirds full at all times.

The freezing point of gas is around -60 degrees fahrenheit (give or take). Unless you live in the arctic, it’s going to be a lot trickier to freeze the gas line if it’s filled with nigh-unfreezable substances. Keep the tank filled and you’ll prevent double the woes.

If you have the right driveway or parking space for it, face your car towards the oncoming dawn in the morning. The sun’s rays will warm up the front side of your car, melting some of the ice (and potentially keeping the engine less icy), allowing a much faster and easier exit. No such luck for early risers.

Whether you’ve been dealing with early morning ice for years or you’re a seasoned expert, sometimes that one little tip can make all the difference to the start of your day. Write a list so you don’t forget!